What Does Solar Power Cost?

Competition and improved technology have reduced solar power costs dramatically.  Federal tax credits and state sponsored rebates further reduce what you have to pay, and the introduction of zero down solar loans allow you to get a residential solar power system for nothing out of pocket.  Trade your electric bill for a solar loan payment for 10 years and you will own your own solar power system outright.  From then on, you will have free electricity. 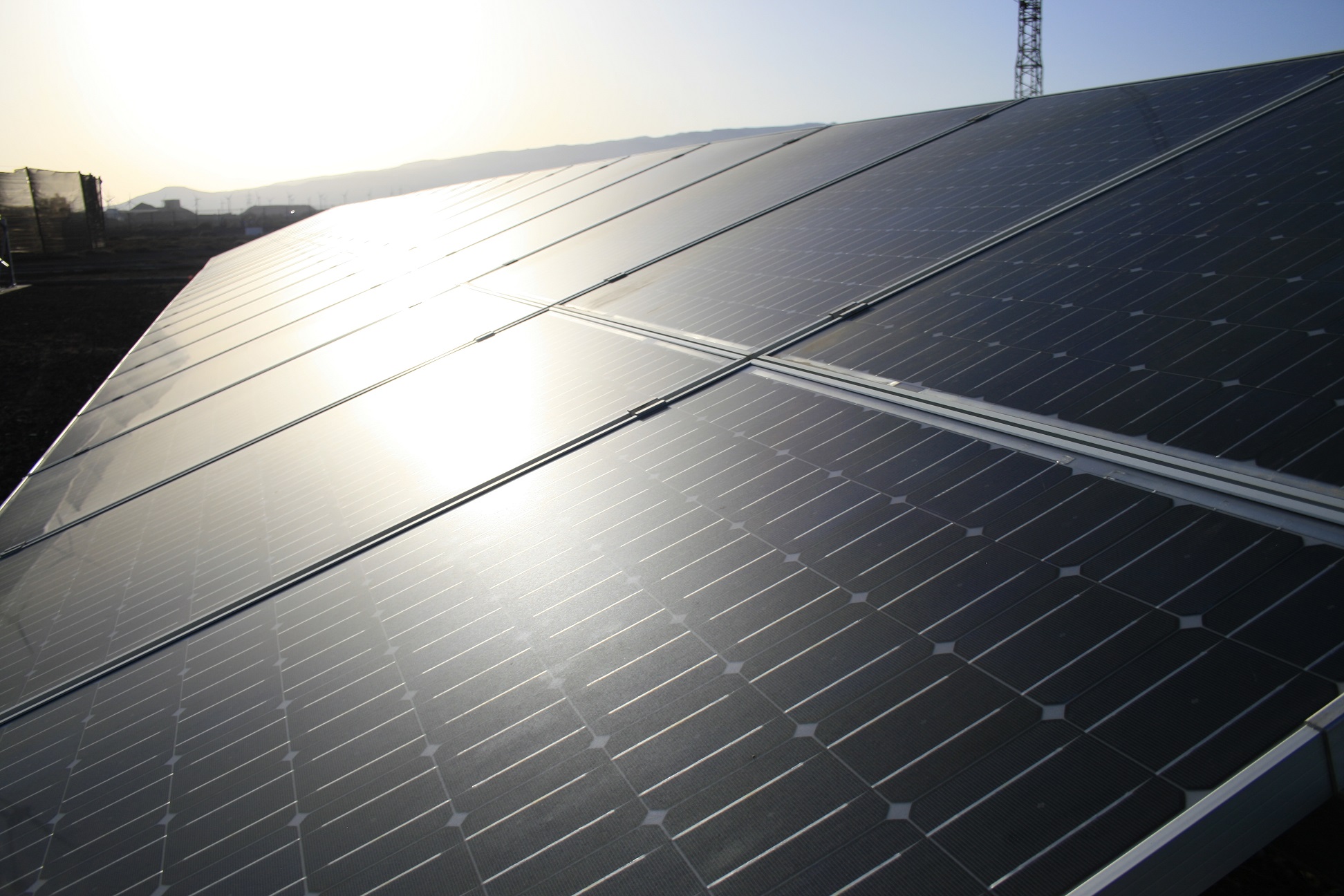 Needless to say, it drives me crazy to hear of people obtaining solar from the wrong kind of solar company and they get locked into these outrageous solar agreements.  These solar companies have customers sign agreements that have an associated solar power cost of 2 to 3 times over what the system is actually worth.  They keep the federal tax credit for themselves, use inferior components, and place loop holes in contracts to keep customers from really ever owning their system.  These customers aren't generating their own electricity.  They are generating electricity for the company they then have to go buy it from.

The process I went through to get my system was filled with solar pitfalls.  I want to share that process and make others aware of the extreme differences in solar power cost and ownership offered by these different residential solar power companies.  I had half a dozen solar companies quote me a 5kW system and these are the 3 categories they fell into.

The first to respond were the companies that wanted me to sign up for a 20 year solar lease agreement.  They would install a system on my roof but I wouldn't own it.  The system would belong to them and I would buy my electricity directly from them. 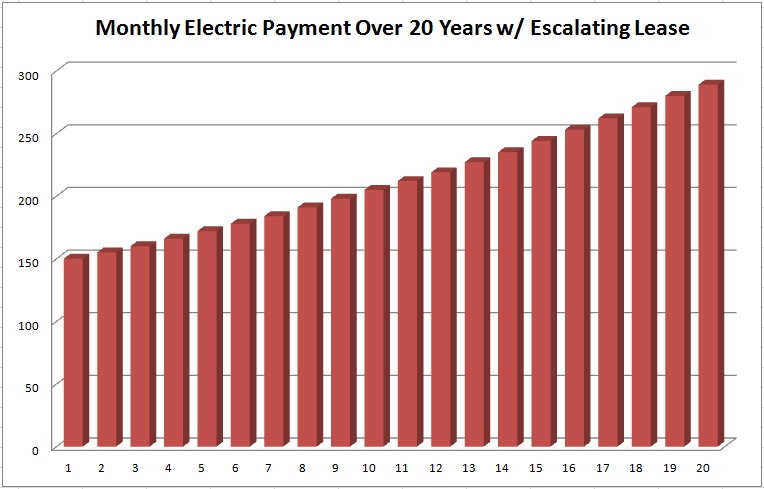 The monthly payment would start out at about 15-20% less than what my current electric bill was.  That lease payment increased by 3% annually since that's what they speculated power costs to increase in the future.  My monthly electric payment the last year of that lease agreement was almost $300 a month (it was currently between $150-175).  This is the exact opposite reason to why I wanted to go solar.  I wanted my electric bill to diminish and disappear over time, not escalate over time!  If I added up all those payments over 20 years (not if, I did!) my solar power cost would be almost $48,000! And I still wasn't any closer to owning my own system or removing my monthly electric bill.  I was just paying it to a different electrical provider, the solar lease company.

The second to respond was another round of companies looking to lock me into a multi decade lease.  The monthly payments were a little bit more reasonable, it was still about 15-20% less than my current electric bill but there wasn't annual increases.  The payment stayed the same for 20 years.  And every year as I paid it down, I had an option to buy the system for a little less money than the year before.  I thought this was a great option, essentially a lease to own.  As the years went by, the buyout became less and after 20 years, the buyout was listed at $0.00 on the lease agreement.  Of course I added the total cost of this system over 20 years and my solar power cost would be about $35,000.  But still, it was a small electric bill and I would own the system eventually.

Beware of the Fine Print

On that lease agreement in fairly small text, at the bottom of one of the 30 pages.  They specify the rules regarding the buy-out option.  It states that the individual leasing the Solar System can initiate the buy-out option at the value listed on the lease agreement or whatever the Expert Solar Assessor comes and estimates the value of the system at, WHICHEVER IS HIGHER!

Wow!  Did you hear me?!  These residential solar power companies guarantee a certain amount of output from the system you lease.  They will replace any panels that break or the inverter, in order to make sure it meets that guarantee.  This is my question to you.  If this company did an amazing job of replacing solar panels and the inverter so that the system performs as well after 20 years as the day you signed the lease, what expert solar assessor would ever come out and say that your system has zero value?  Most likely they would say it's producing as well as when you bought it and it's valued at $35,000.  Would you like to buy it?  A loophole situation you probably don't want any part of after paying into it for 20 years.  This next part will really make you mad.  Did you know that this "expert solar assessor" person doesn't exist yet!?  These solar leases didn't exist 20 years ago and are nowhere near coming to the first ones end.

In both of the top 2 leasing categories above, you will pay a ton of money over 20 years and be no closer to owning your system or removing your electric bill.  You are just paying a different provider.  You have to pay for the energy that you are producing, on your own roof, from a solar power system that you don't own, with a solar power cost to you of 2 to 3 times over it's actual value.  Let that sink in a minute!  To add insult to injury, since the residential solar power system that is on your house is owned by the leasing company, they get the 30% credit back from the government and the state rebate.  Ouch! 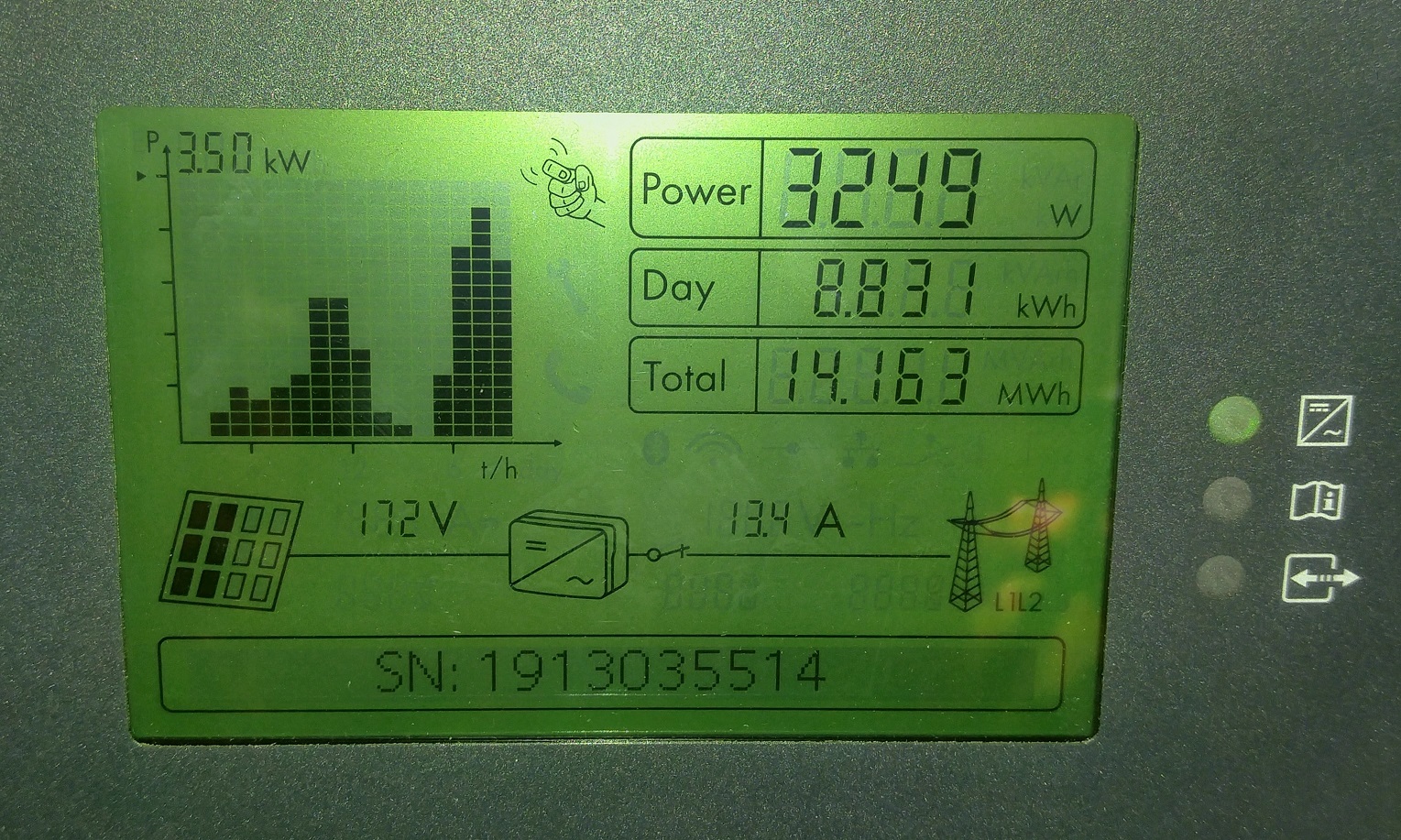 The leasing company likes to sell it by saying that the higher solar power cost includes them  monitoring the system and replacing panels and the inverter if it fails.  Lets be real.  There are no moving parts to worry about.  The inverters display monitors the residential solar power systems performance for you.  The panels are warrantied by the manufacture themselves for 25 years and the Inverter for 10 years.  If the Inverter fails, it runs around $2500 to $3000 to replace.  To me, that doesn't justify the $15,000 to $20,000 in extra costs for the lease option.

The 3rd Category: The Good
Ownership, Solar Power Costs That You Can Justify!

The last to respond were the companies that would install a residential solar power system on my roof that I owned.  They took longer to quote but they were far more prepared.  They first started by taking satellite views of my house to check my roofs directions.  (South facing roofs are optimal in the US).  They came out and checked the angle of my roof and to see if my service panel was set-up for residential solar power.  It wasn't, so they added a new 125A Service Panel into the quote and said they would upgrade it to a 200A if my house was set-up for it and they didn't have to trench.  I'd been wanting a service panel for years.  It was old and I was out of breakers.  I was ecstatic to bundle it in with the solar power cost. 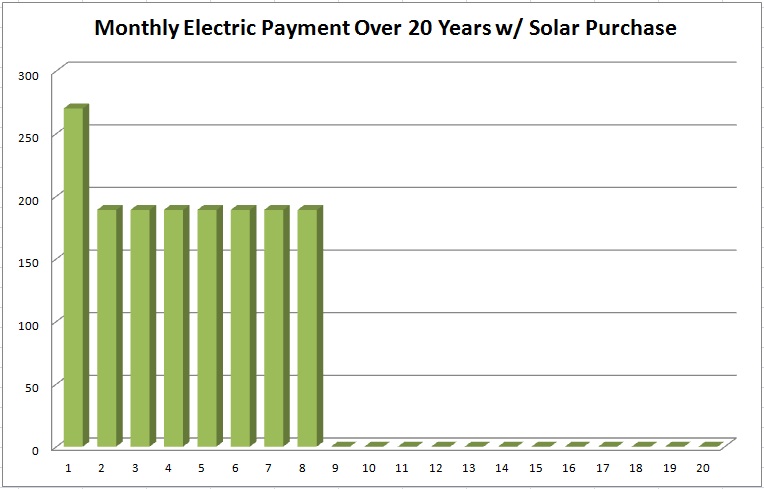 The quote came in at $21,000 for an 18-Panel, 5kW, Central Inverter, residential solar power system with a 200a service panel upgrade.  Deduct the 30% federal tax credit of $6300 from that total and it was a total solar power cost to me of $14,700.  The company already had an agreement with a bank that gave solar loans.  I would take out a loan for the entire amount and put no money down.  The loan was set-up so that I would pay $270/month for a year, then when I received my $6300 tax credit from the IRS, I would give that money to the bank and they would re-amortize the loan.  My payment would drop to $189/month for the next 7 years and then I owned my system.  This 8 year loan option was the one I choose to get it paid off quicker, but they have 12 year and 15 year loan options if you want a lower monthly payment.