Residential solar power systems just achieved the first step in power independence; the ability to generate your own energy resources.  The goal, at least for me, was the option for complete power independence and the ability to control my own energy resource.  I wanted to not just generate my power, but have the capability to store my power for later use.  Even if you had a residential solar power system installed on your home, the utility company was still required so that you had access to power at night.  The battery technology wasn't as reliable, clean, efficient, and affordable enough to install a system to store the power you produced.  That's all just changed!

System Costs; Then and Now

Six years ago I looked into residential solar power for my house.  A couple of none technical sales guys came to my house and tried to give me a hard sell.  I didn't know much about solar at the time, so I couldn't and didn't question their lack of technical expertise.  Of course, I question it now looking back.  At the time I was strictly looking at the money numbers and if it made sense financially.  A 6-panel system for $25,000?!  A 1.2kw system that wouldn't even come close to meeting my power needs.  This system was meant to drop me down into a lower electrical tier price bracket.  I declined.

Let's fast forward 5 years.  I had heard the cost of solar systems had dropped significantly because of solar panel technology and competition.  I knew government rebates and incentives were now being offered to try a push the green energies on residence.  And rumor had it that newly introduced solar loans made it so it cost nothing out of pocket.  With all this talk floating around, I wanted to revisit prices for residential solar power.  I had the quote from 5 years ago as a baseline and I had studied the technology and was more prepared on the technical side of things this time around.  My goal was the same as it was back then.  I wanted a system that produced slightly more than my current power consumption and a system that was set-up to incorporate a battery storage system when that technology became efficient and affordable. 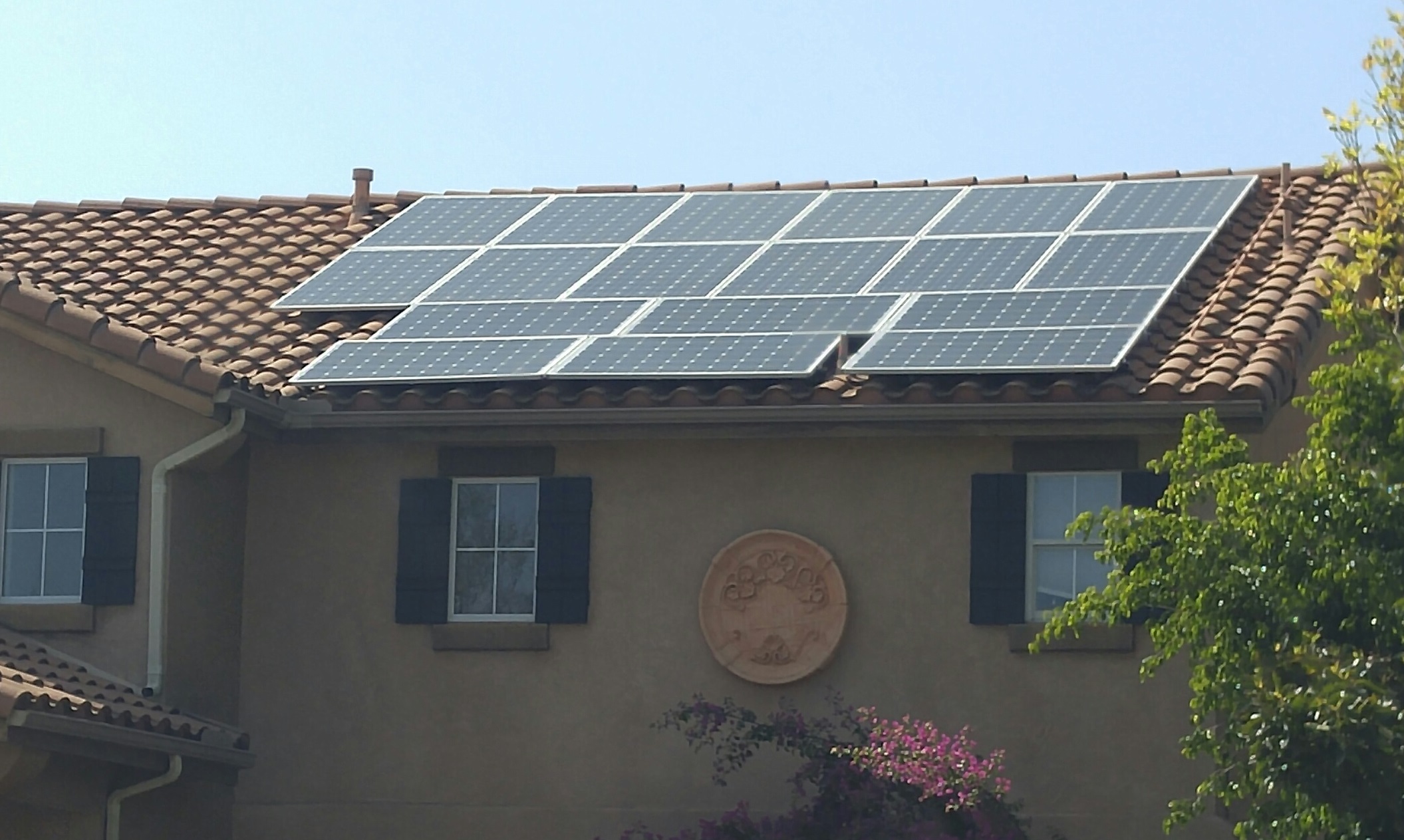 I got exactly what I wanted this time around.  I had a residential solar power system installed on my house in January of 2014.  An 18-Panel, 5 kw system with a Central Inverter and new 200Amp Service Panel upgrade for $21,000.  Subtract the 30% credit the government gives you and the total is $14,700.  That is still a large chunk of money I didn't have.  Low interest solar loans remedied this problem.  I didn't put any money down.  I just traded my electric bill for a solar loan payment.  The loan will be paid off in 8 years and then I will have free Power!

The process I had to go through wasn't easy and was filled with Solar pitfalls.  I'm an engineer, so I do over analyze everything.  The numbers, especially the money numbers, technical specs on a product, it's performance and it's reviews.  I want the lowest cost and the best products, that's all.  I had half a dozen solar companies quote me the same size system and the results fell into 3 very different categories.  It's important to read about the 3 different categories the Residential Solar Power Companies fall into and the dramatic differences in Solar Power Cost and Ownership. 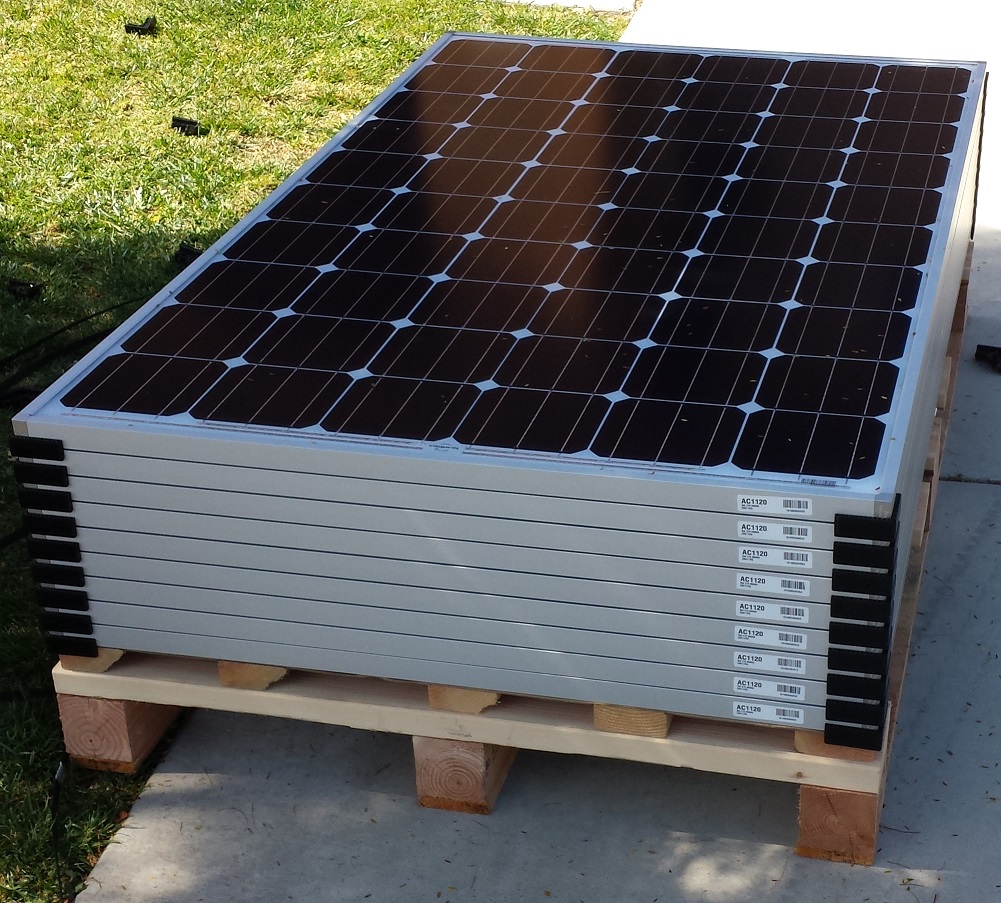 All the companies that wanted me to sign a lease, quoted me a system with polycrystalline solar panels made in China.  A cheaper, less efficient panel.  The panels all claim to have a 25 year warranty, which is the industry standard, but you'll find most panel manufacturers haven't been in business that long.  I find it hard to accept a manufactures warranty of 25 years if they haven't been in business that long, since they obviously haven't tested that warranty.

Both companies that quoted me a system that I would own, let me choose the Solar Panels that I wanted.  Of course I wanted the best ones I could get, from a reputable company that had been in business for much longer than there product was warrantied for.  As I said, I'd done my research and my choice was simple.  I went with Monocrystalline Solar Panels from Solar World. Solar World has the same panels on their building for the past 40 years.  Not only are their panels warrantied for 25 years, Solar World guarantee their panels will still be 90% efficient after those 25 years.  They are awesome!

Check out this video on Solar Worlds Panels.

These are the same panels I include on the Solared Survivor Trailer. 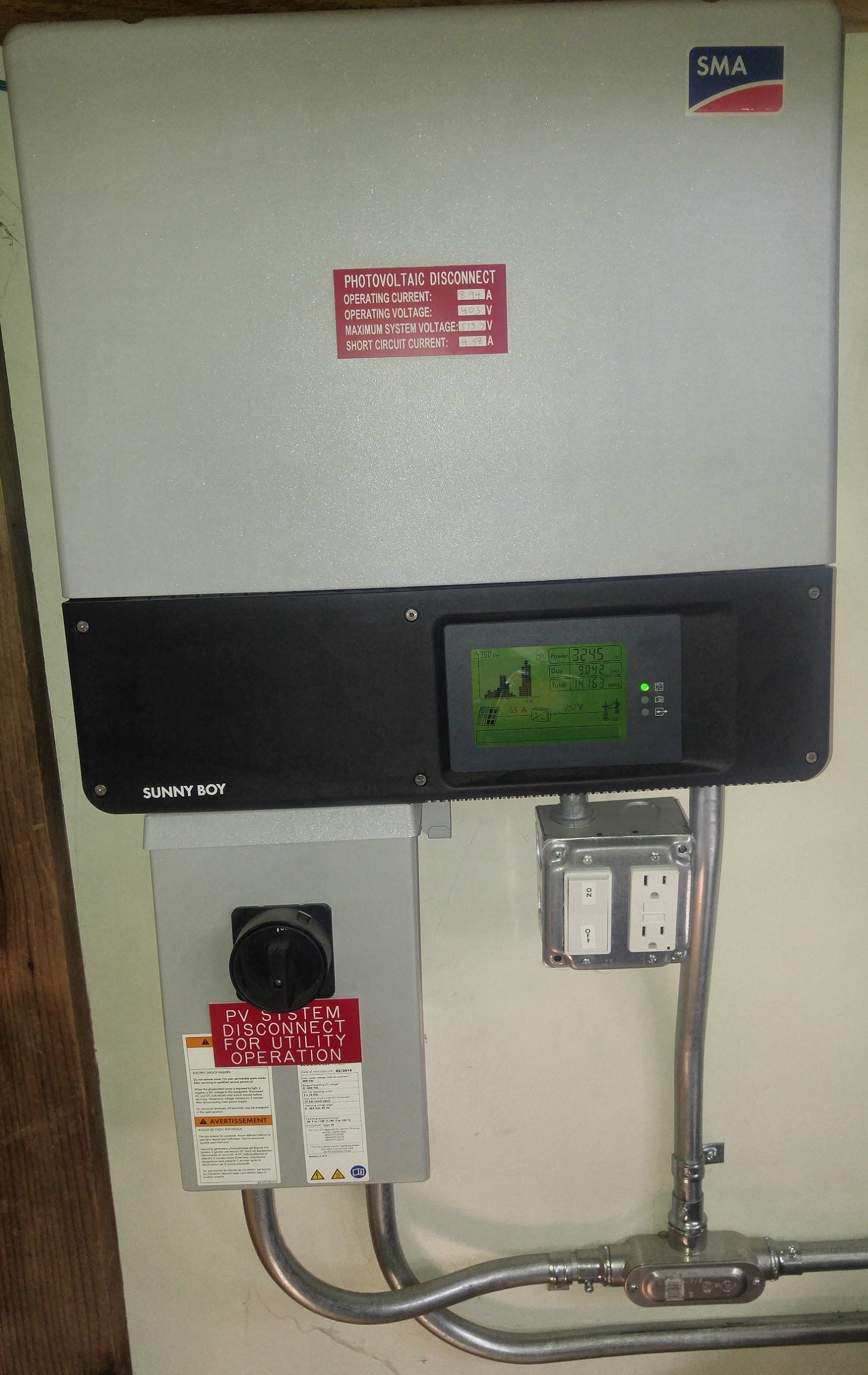 Solar panels produce DC (Direct Current) and that power needs to be converted into AC (Alternate Current) in order to be usable at your home or to be feed back into the grid.  You usually have 2 options for this, a Central Inverter or Micro-Inverters.

Micro-Inverters hook-up to each individual panel and convert the DC to AC at the panel.  This wasn't the best option for my residential solar power system.  Like I said, I want my system set-up to receive a battery storage system when they become more affordable.  Battery's store DC, so converting it at the panel level doesn't give me a dedicated DC power line I can tap into later and put in a battery storage system.  I have nothing against Micro-Inverters, it just didn't fit the system I envision.

I choose the Central Inverter for my residential solar power system.  In this configuration, the solar panels are wired together in a combiner box and have a dedicated DC power line that goes to one Central Inverter.  This gives me a dedicated DC line I can tap into and install a battery storage system.  Battery technology has been rapidly advancing and as I hinted to before, it's all changed!

Power independence is now in sight thanks to Lithium-Ion home battery storage systems exactly like this new Tesla Powerwall.

Most central inverters that are tied to the grid, need to detect the grid in order to work.  This means that when there is a power outage, you can not get any energy from your residential solar power system and renders your system useless.  This is the complete opposite of why I wanted to go solar.  However, there is a Central inverter that remedies this problem.

The Sunny Boy SMA Central Inverter has an internal circuit that is activated by an external switch and bypasses the grid.  In the event of a power outage, you can flip the switch and the Inverter gives you an outlet that will provide you 1500W, as long as your panels are generating that.  Have the solar company install a Generator Manual Transfer Switch that you can plug your Inverter into and you will have power from your residential solar power system to key components in your house when the grid is down, as long as the Sun is out.

Solared Survivor provides complete power independence.  It contains both power generation and power storage capabilities that are accessible through it's external power panel.  Plug your home into the trailer and you'll have power that's independent of the grid, unaffected by power outages and free!